This recipe was developed in collaboration with Essteele: beautiful cookware made in Italy. 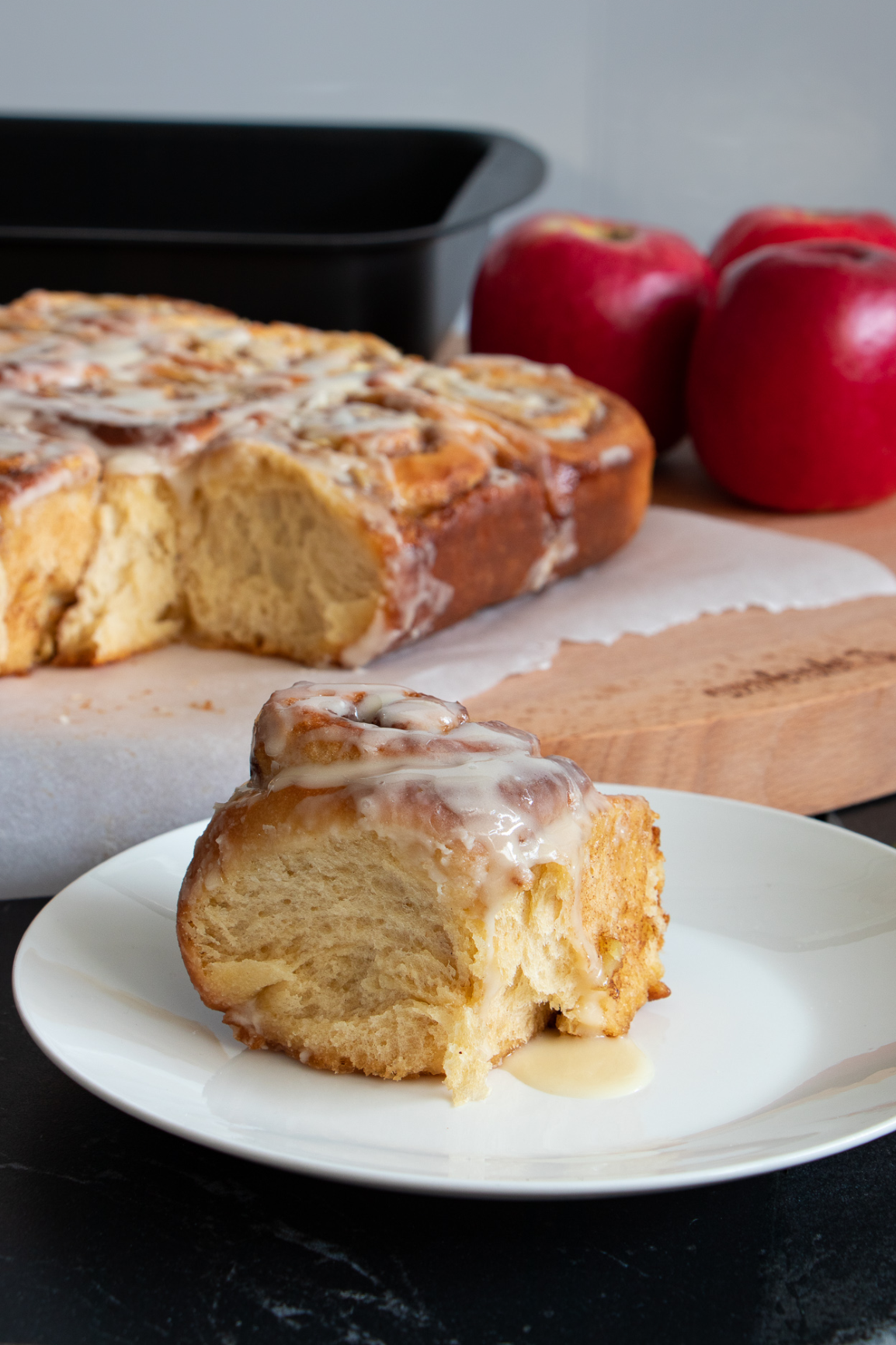 1. Add 1 Tbsp apple cider vinegar to a 1 cup measure. Top up the remainder of the cup measure with milk til you reach the 1 cup mark. Leave it to stand 5 mins while the milk thickens to a slight curdle.

2. Add the sugar, butter, salt and cinnamon to the bowl of a stand mixer fitted with a paddle attachment and mix on low until just combined.

3. Slowly add in the maple syrup, eggs and milk mixture and mix. Once combined (it may still be a little lumpy), add the instant yeast.

4. Keeping the mixer on low, slowly add the flour. Stir until the flour is just incorporated, then switch the mixer head to a dough hook. Leave the mixer to knead on low for 5 mins. After 5 mins, the dough should be soft, pillow-like, and slightly tacky to the touch. If the dough seems extremely soft, add more flour 1 tablespoon at a time (no more than ½ cup) and knead until incorporated.

5. Lightly grease a large bowl then transfer the dough to the bowl. Gently turn the dough in the bowl so it’s lightly coated in oil, then cover the bowl with cling film. If making the scrolls the same day, continue to step 6 now. If leaving the dough until later, place it in the fridge for up to 24 hours before continuing to step 6.

6. Place the bowl in a warm spot for about 1 hour so the dough doubles in size. While it’s rising, line a 31 x 23cm greased baking pan with baking paper, allowing the ends of the paper to run up the sides, then grease the paper. It’s recommended that you line the pan with baking paper, even when using high quality non-stick cookware like the Essteele non-stick roasting pan pictured below, as it makes it easier to lift out of the pan for cooling without spilling any hot maple syrup that may have pooled in the base. 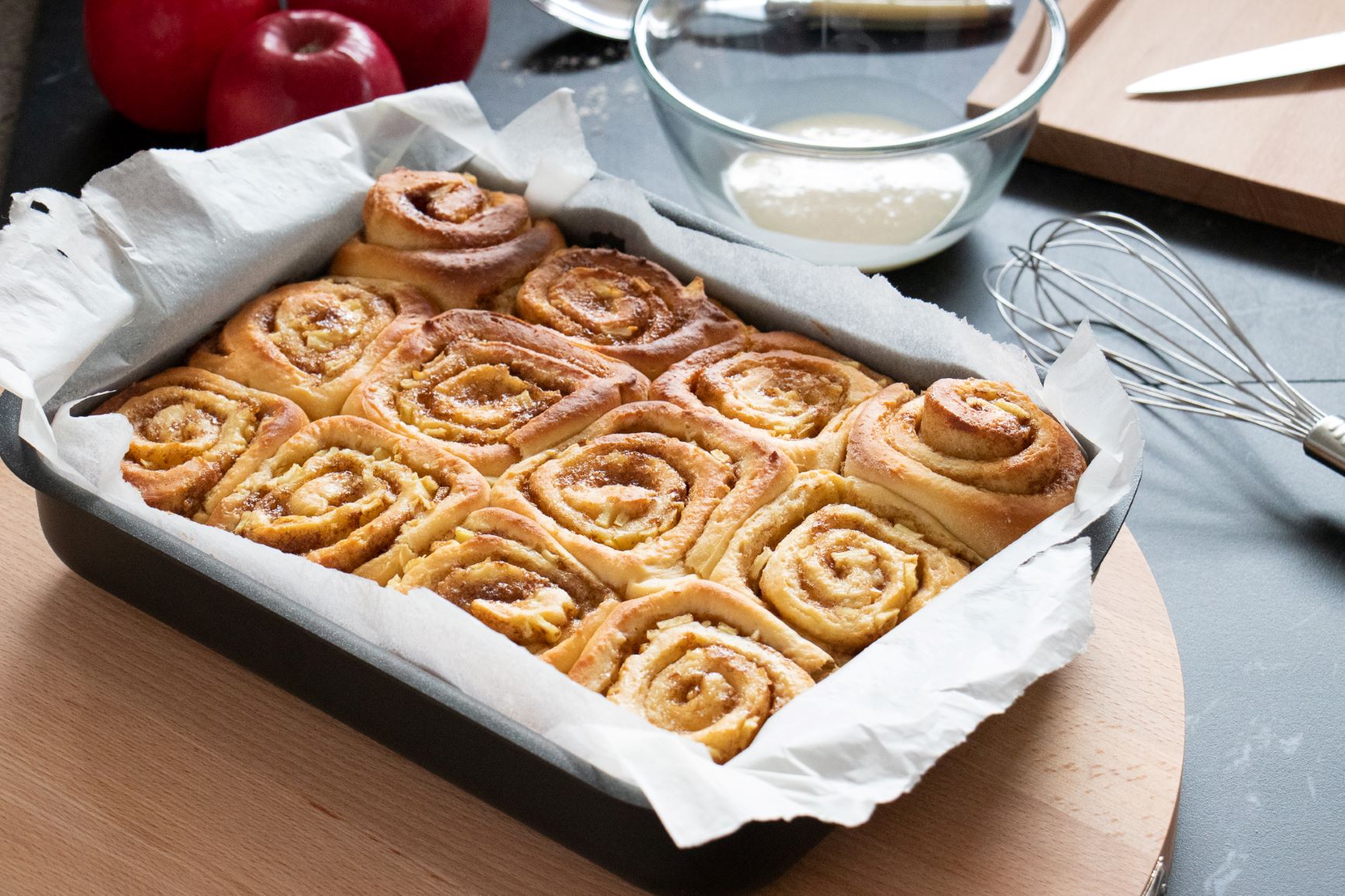 7. To prepare the filling, combine the butter, maple syrup, cinnamon, and sugar in a bowl and beat until combined and creamy, then set aside. You may need to give it another quick mix before spreading it on the dough.

8. Peel, core, and finely dice the apples. Hint: Find out who grew your Aussie Apples by looking for the name of the grower on the sticker!

9. Once the dough has roughly doubled in size, gently fold it over itself a few times in the bowl to deflate it before turning it out onto a floured surface. Roll the dough into a rectangle measuring about 30x40cms, and roughly 1.5cm thick.

10. Gently spread the butter mixture over the dough, then scatter the diced apple evenly on top.

11. Working from one of the short sides of the rectangle, roll it up tightly to form a 30cm log, then cut the roll into 12 even pieces with a serrated knife.

12. Arrange the scrolls with cut sides up in the baking pan, cover, and leave to rise again at room temperature for about 1 hour until doubled in size (see image below). 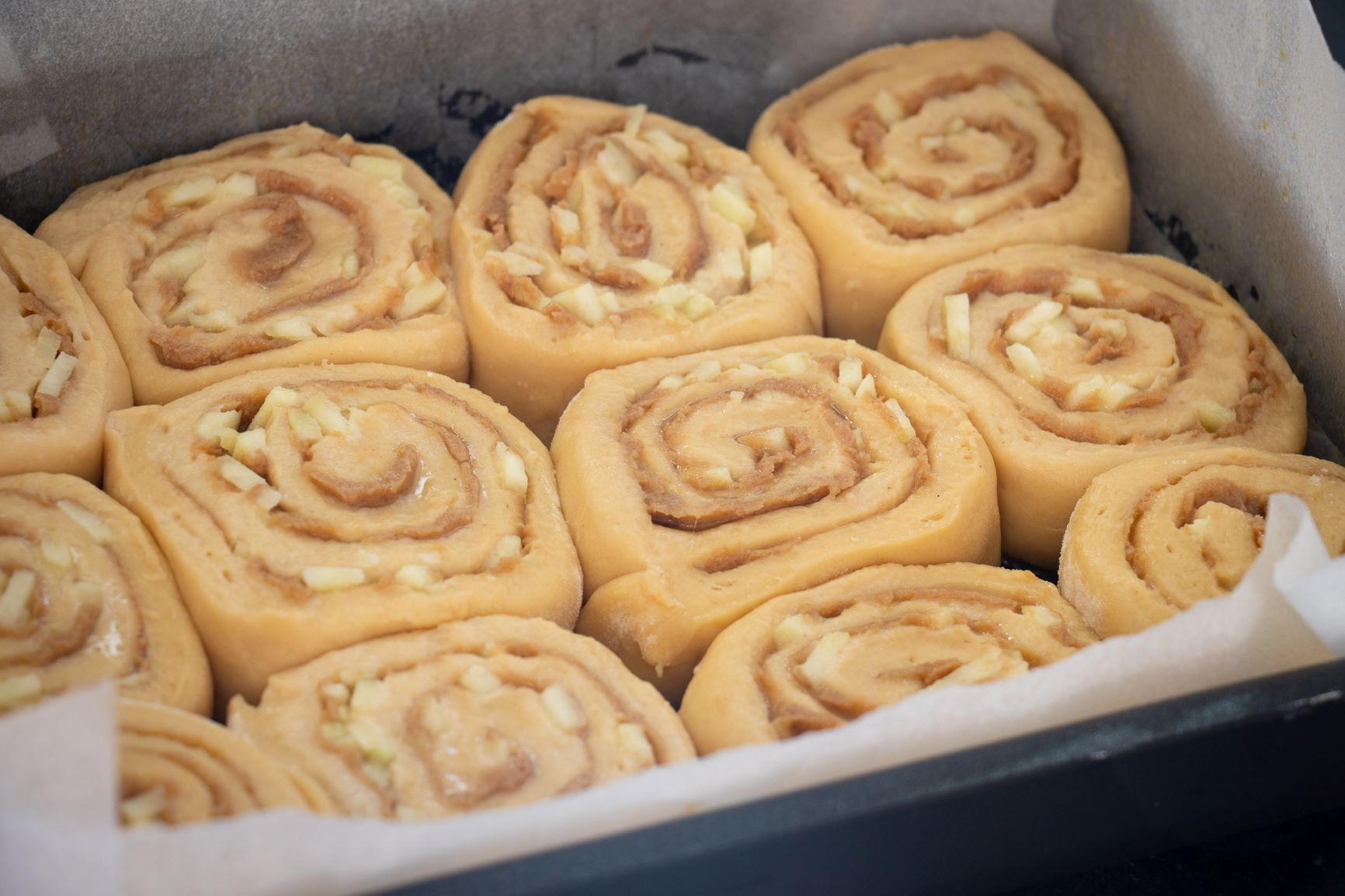 13. Preheat the oven to 180 degrees and bake for 30-35 minutes until cooked through; checking after 15 minutes to ensure the scrolls aren’t browning too quickly. If the rolls look like they’re already nicely golden brown, cover the tray with foil to continue cooking.

14. While the scrolls are baking, prepare the icing by combining the icing sugar, maple syrup and milk in a bowl and whisking until smooth.

15. Remove the scrolls from the oven and let stand for 5 minutes before using the baking paper to lift them out of the pan. Leave to cool slightly for 10 minutes or so before drizzling with icing. Place on a tray, (we’ve used a large round wooden serving board) and serve while still warm. 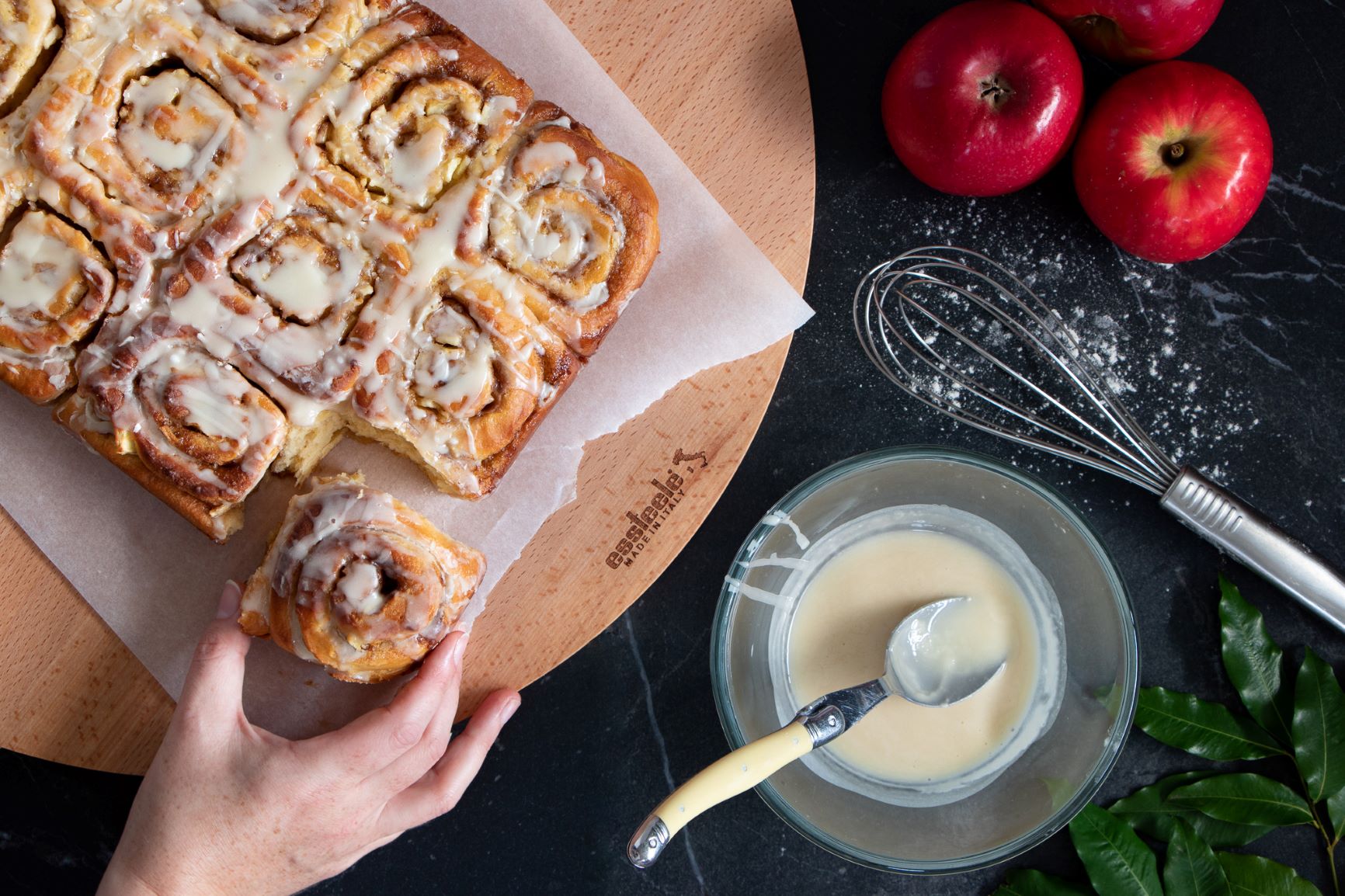