Imperial Mandarin season has well and truly hit its peak on the mandarin orchards in the Burnett Region of Queensland. It’s a busy time of year for Sue and Tom Jameson, third and fourth-generation citrus growers who produce premium quality Imperial Mandarins for Red Rich Fruits. We headed up to Gayndah for a chat with them to find out more about their family-owned and operated business, ‘Waitemata Orchard’.

Tell us a bit about yourself and Waitemata Orchard.

Sue: My grandfather named it Waitemata Orchard because of the Burnett river flowing through the property and the light sparkling on the water in the winter. Waitemata is a Maori word for sparkling water.

My grandparents emigrated from New Zealand in the 1920s and started Waitemata Orchard in the late 1920s/early 1930s. It’s been in the family ever since. Steve [my husband] and I took over in 1999 and Tom’s looking at taking over at some point in the future. We’ve supplied Red Rich Fruits since 2018, when they bought the orchard at Mt Lawless, so this is our second season.

What are you currently growing on the property?

Tom: At the moment we’ve only got imperials. We’ve always had Imperials – we had the first ones in Queensland.

Sue: My dad brought them to Queensland originally in the 1960s.

Tom: We cut the original trees out about five years ago because they were getting old and the fruit wasn’t producing as well. Now of Imperials we’ve got about 5 thousand trees. We’ve just put in about 1000 lemons too, but it’ll be a few years before we get full production from them.

What else is on the property?

Tom: We’ve just put in a big dam, and we have a cold room, but we turned it into a de-greening room. Now that we don’t pack anything here, we have no need for a cold room. Instead, we can de-green twice as much fruit as we used to be able to. Process-wise, we pick, de-green, then send the fruit to the Red Rich Fruits packhouse at Mt Lawless. 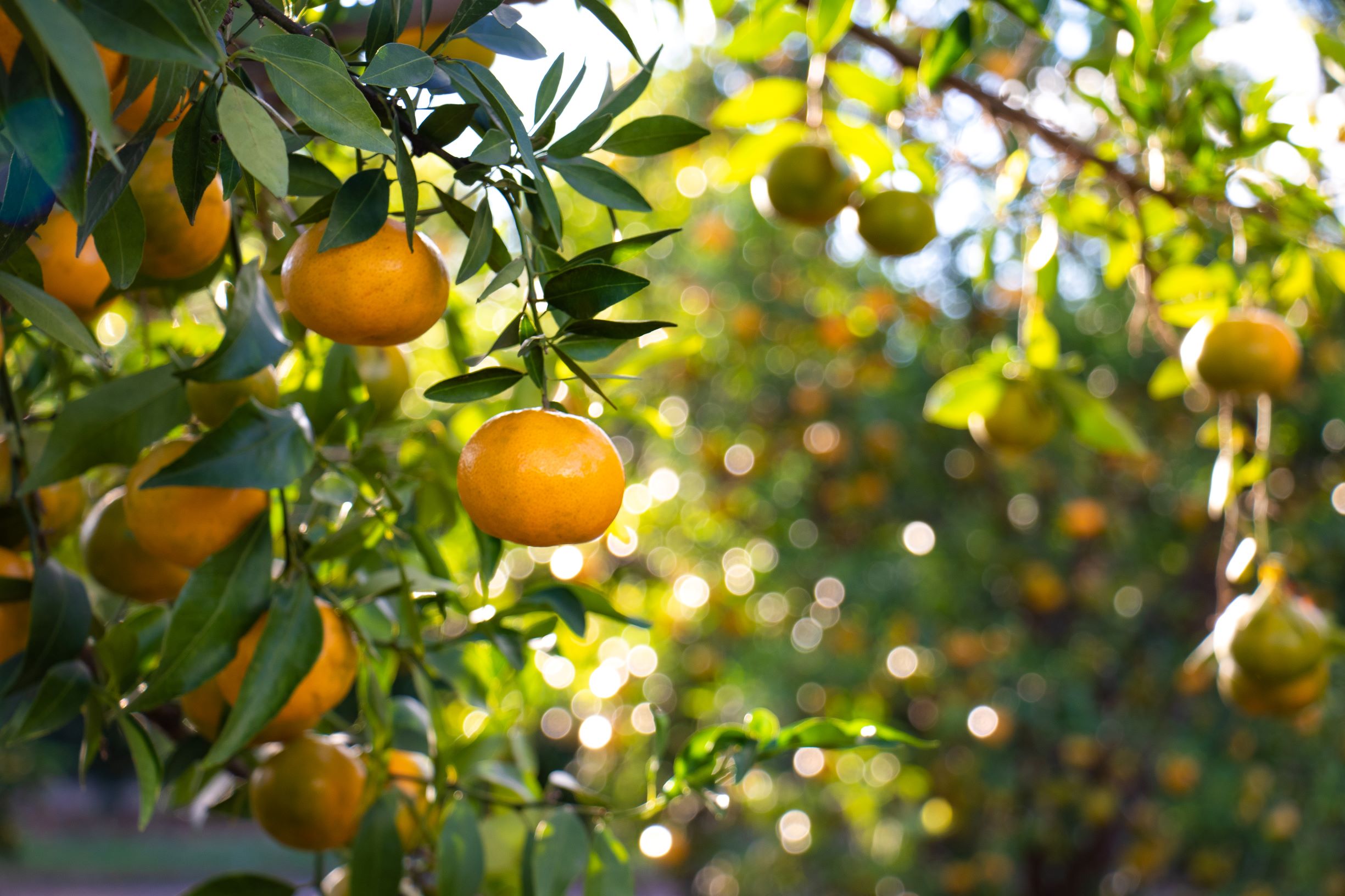 What sets your orchard apart from other orchards?

Sue: I think our orchard is a little bit earlier than a lot of the orchards, which helps with the Imperials. That depends on the pruning and the fertilising and our program. It’s a family thing and we’re hands-on and we do it ourselves. Everything is fine-tuned and we’re small enough to manage it personally.

Tom: A lot of other orchards just try to get contractors in now. They get contractors in for pruning, thinning – everything basically; whereas we’ve got three full-time workers on an orchard this size (four if you count Dad) but the three of us do all the pruning, all the thinning, and we only get contractors in for picking. I think that is an advantage in a way because we know that we can do it to the standard we want; and if it’s not, we teach whoever we’re bringing in, we’re not just getting 12 random people to come in and prune the place in two weeks and thin the place in two weeks.  It takes us a bit longer, but we get it done the way we want to get it done.

How is this year’s crop looking?

Tom: This year’s crop is heavy. There’s a lot of fruit there, which is a good thing. Generally, we only pick everything twice but this year because there’s so much fruit and it’s taken a little bit longer to size, we’re picking them three times. That can have its advantages and disadvantages, depending on the market, but it’s a very good crop.

The fruit set was extremely heavy because last year the whole district was pretty light. If the trees have a light year, generally the next year the trees will flower and set a lot of fruit. I think it’s not just the case of our place this year either, it’s district-wide of how heavy the fruit is. Most of the skin is really clean too so it’s been a good year.

What challenges have you had with this year’s crop?

Tom: Just the sheer volume of it. There was too much of it and we had to thin everything three times. You’d go over it once and you’d think you’ve taken half the fruit off and then you’d go back around the second time maybe a month later, and it looks like there’s just as much as when you left it. Towards the end – the second and third thin – we even got some more locals in just to help us get through that because it was heavy, but it’s just got to be done. It was a lot of money just to thin the fruit off the trees before they sized this year; but other than that, the rest of the season is looking good. 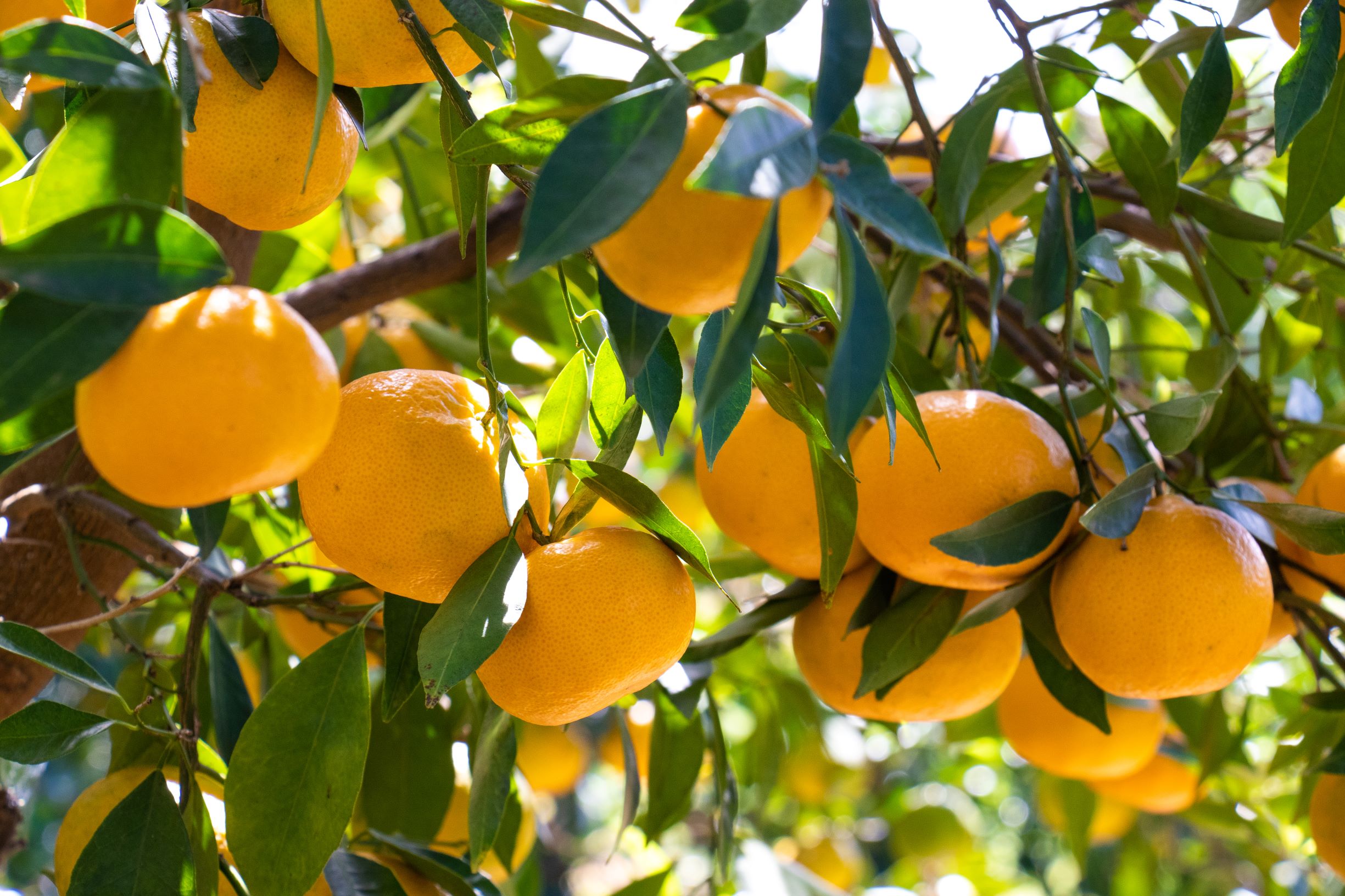 Waitemata Orchard has been in your family for four generations now. Did you always know you wanted to follow in your parents’ footsteps and grow citrus?

Tom: Originally, I don’t think I did. I was working in the mines straight out of school and wasn’t enjoying it very much. I was there for about 18 months and then was talking to Dad and Mum about it and we decided I’d come home for a trial run on the orchard and we’d see how it goes. I’ve been home for close to two years now and it turns out I really like it. Ever since I’ve come home, I’ve felt like I wanted to [be a grower]… being home really makes me want to.

Sue: Being reliant on the weather – the droughts, and the hailstorms and the floods – and also the markets. Sometimes you can have beautiful fruit and get no return. All the things that are out of our control are the hardest things.

Tom: The lifestyle. If you have to get something done, you get it done; but if you want to go and do something else outside of the farm you don’t have to be there every day from 9 to 5. You do your stuff when you need to do it. I’m also outdoors for the majority of the time and I’ve never really been a classroom or an office sort of person.

Harvest is expected to wind up on Waitemata Orchard in mid-May.